Future Climate Change Impact on Wildfire Danger over the Mediterranean: the case of Greece

Recent studies have shown that temperature and precipitation in the Mediterranean are expected to change, indicating longer and more intense summer droughts that even extend out of season. In connection to this, the frequency of forest fire occurrence and intensity will likely increase.

The FWI projections were assessed for two future time periods, 2021-2050 and 2071-2100, comparing to a reference time period in the recent past 1971-2000. Based on established critical fire risk threshold values for Greece, the future change in days with critical fire risk were calculated for different Greek domains.

The results show that future fire danger is expected to progressively increase in the future, especially in the high-end climate change scenario, with southern and eastern regions of Greece exhibiting increases in the FWI that exceed 20 FWI units, on average.

Furthermore, southern Crete, the Aegean Islands, the Attica region, as well as parts of eastern and southern Peloponnese are predicted to experience a larger increase in the fire danger, with an additional 12-17 potential fire days in the distant future (2070-2100) when compared to the reference period, under the RCP8.5 scenario. 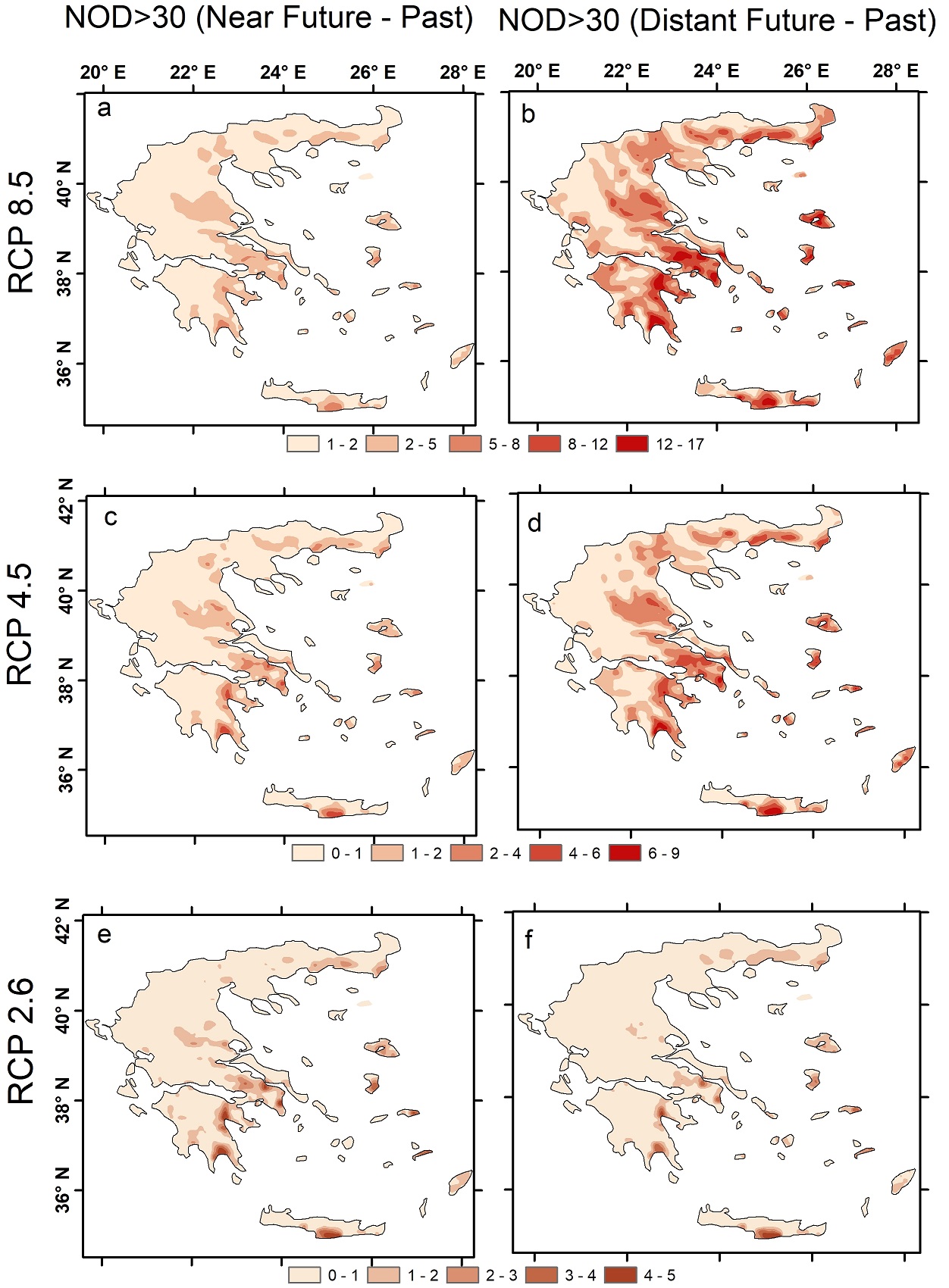 Also involved in the study: Christos Giannakopoulos and Anna Karali from the Institute for Environmental Research and Sustainable Development, National Observatory of Athens; Robert Field from the Department of Applied Physics and Applied Mathematics, Columbia University; and Mihalis Lazaridis and Kostadinos Seiradakis from the School of Environmental Engineering, Technical University of Crete.