Exploring the connections between wildfires and climate

Wildfires are integral part of global ecosystems. At the same time, they pose a threat for the manmade environment and constitute a major CO2 emission producer. Changes in the burned area by wildfires have been widely attributed to respective changes in climatic drivers. Understanding the connections between climate parameters and the wildfire activity has a great scientific and managerial importance. In this project we analyze observed burned area (BA) sizes on different Global Fire Emissions Database (GFED) pyrographic regions, and the respective Fire Weather Index (FWI), to identify correlations between them.

At a global scale, a rough 42% of the area that exhibit any correlation between BA and FWI, show statistical significance at 95% level. The region with the highest rate of significant positive correlation is South Africa (SHAF) with a rough 82% fraction of area exhibiting statistical significance, followed by Central and South America, and Equatorial Asia regions, with an approximate 60%. The project is currently exploring alternative techniques to correlate FWI, but also climate parameters to BA. 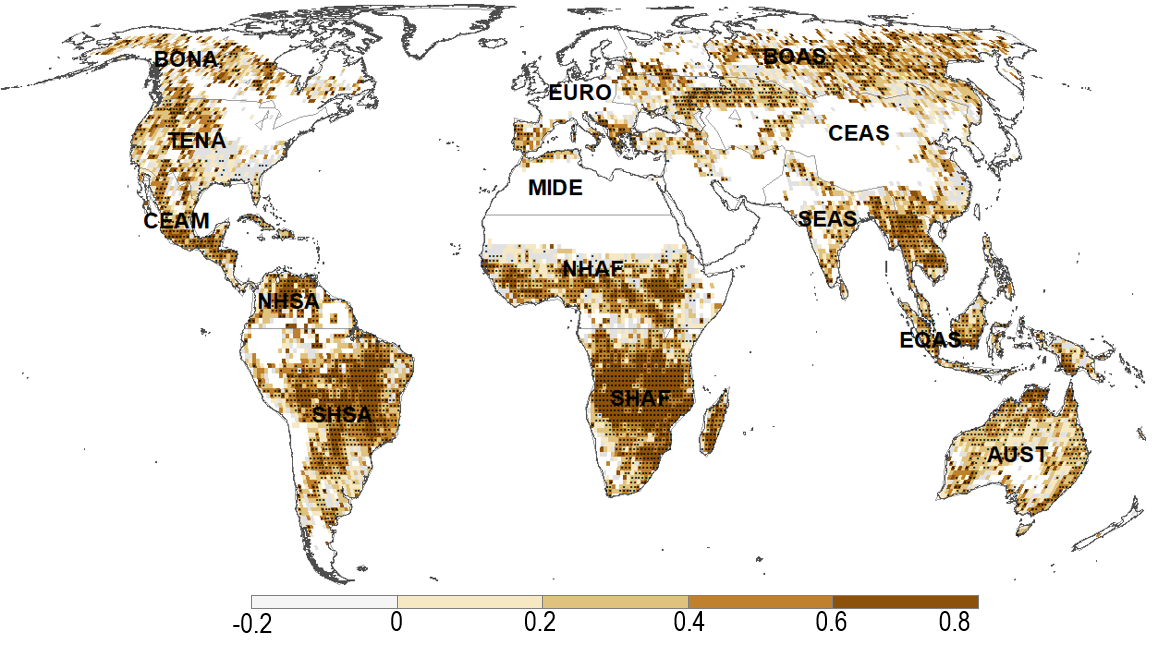