Women and diversity in the new paradigm of fire science

“The main hurdles faced by women working in fire science echo those seen in other sectors of science, and the current gender gap might indeed be depriving the world of possible science advancements of the skills and intellectual perspectives of women, putting a brake on both speed and quality of innovation. At stake is not just the moral and social issue of gender equality. It is also about achieving the best possible research and ensuring beneficial outcomes for everyone – man or woman – throughout the world.” (Prof. Bilbao)

Prof. Bibiana Bilbao, a Professor in Environmental Studies at Simón Bolívar University in Venezuela, and a member of our Centre’s Advisory Board, works at the forefront of a new paradigm in fire science. She energetically seeks to develop integrated and intercultural fire management policies in South America that are more socially just, culturally sensitive, and more effective. A leader in her field, she is enabling real change, including helping to “fix the knowledge” by integrating sex and gender analysis into fire science research. This leads me to the question, what does it mean to be a female leader in fire science, and what can we do to support diversity in our community?

In 2018, an article was published titled, ‘Recognizing Women Leaders in Fire Science’ – which was followed by a sequel publication later that same year, acknowledging 145 women leaders in the field across the world. It was a very welcome step and demonstrates the impressive achievement of many women in fire science. However, through selecting leaders based on the H-index (a metric which measures citation impacts of academic publications), the article presents only a partial picture, favouring the physical sciences and the English-speaking world.

“Leadership is about being a role model, bringing other people with you, being visible and having impact beyond the ivory tower”

I discussed this – what it means to be a leader – with some of my female colleagues here in the Centre. They were quick to emphasise that leadership is as much about being a role model, bringing other people with you, being visible and having impact beyond the ivory tower. For example, Prof. Jay Mistry, who is an Associate Director of the Centre based at Royal Holloway, mentors women at her university, supporting them in their career ambitions and helping them navigate being female in academia and the challenges they may face.  Prof. Mistry has experienced the challenge of discrimination in her career, mostly racial than based on gender. Although, she points out, discrimination is often intersectional, and the privilege afforded for being white and being male is usually taken for granted. As pointed to earlier, fire science faces the same systemic challenges as other STEM subjects (and indeed, the world at large) in gender and racial equality  including discrimination, harassment, the “leaky pipeline” (the loss of women up the academic ladder), imbalances in childcare duties, and failures in the encouragement of young women from diverse socio-economic and racial backgrounds into STEM careers. Fire being perceived by some as a hypermasculine realm of white men must only add to the problem.

Yet female fire scientists have an important role to play as we enter into this new paradigm in fire science. With the failures of a reactionary, emergency response to wildfire exposed, we move towards a more proactive and preventative approach, with a greater focus on ecological processes and the integration of traditional burning practices and ways of living with fire. Female scientists bring important additional perspectives to this, being more likely to advocate for inclusive and participatory fire policies that integrate historically silenced voices, including that of women. 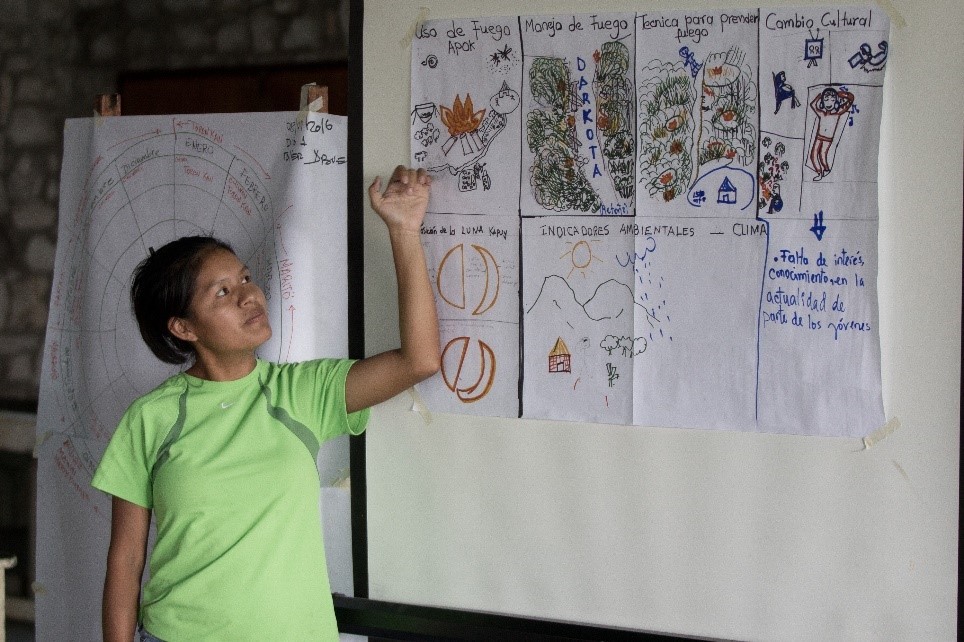 The world of fire is undoubtedly an exciting and important field for women to work in, whether that is in science, policy, natural resource management or in the fire services. Within our Centre, we have female scientists at all levels working on topics ranging from climate modelling and palaeofire, to machine learning, remote sensing, traditional knowledges and practices, and health impacts, to name just a few. But there is a long way to go for there to be a truly inclusive global fire community.

The new paradigm in fire science is an opportunity to reflect on this challenge, and to encourage change. We should continue to recognise female, and diverse, role models in fire science, and this is something as a leading wildfire research centre we should look to promote. However, the ultimate battle for equality and acceptance goes much deeper, as discrimination in its many forms weaves its way through all aspects of society, including education, recruitment, and experiences in the workplace. Across the world of fire, academia, and society at large, we need to move beyond tokenism, and work together as a fire community towards a true welcoming of diversity, and a genuine recognition of the value that brings to us all.

With thanks to Professors Jay Mistry, Bibiana Bilbao, Sally Archibald, and Sue Page for the engaging discussions and their input into this article.