Fire on Earth is not increasing 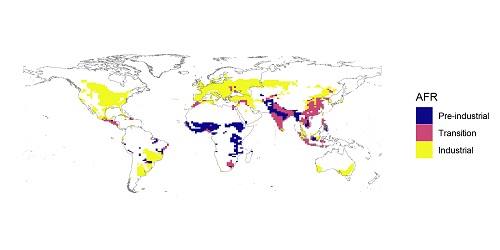 From media reports, you might think that vegetation fires are rapidly increasing. But this isn’t actually true – global satellite data observe a decline in the amount of land that burns each year. Yes – fires are increasing in areas such as California, Southern Australia and the Mediterranean, but in sub-Saharan Africa, we have observed steep reductions.

On a warming planet, this is counter-intuitive, and points to a fundamental challenge for scientists studying fire today: that patterns of fire emerge from complex interactions between global climate change and more local human behaviour.

Humans use fire as a management tool over large areas of the planet: to control the growth of grasses in cattle pastures, to combat locusts and ticks in agriculture, for hunting, and many other purposes.

Human influences on fire are both global and local

Capturing all this globally is a daunting challenge – but one way in which we can make progress is to systematically represent the actions that humans take that influence fire regimes at the local scale.

This is what we did, for the first time, in our recent paper! It presents a new model that provides a framework for understanding global variations in human fire use and fire management.

What we did was to model 4 systems of human land use – agriculture, livestock farming, forestry and non-extractive. This last category combined conservation, tourism & recreation, as well as urban areas.

We then cross referenced this with 4 intensities of human land use, and their corresponding fire use and management patterns. These were simply: pre-industrial, transitional, industrial and post-industrial. We term these ‘Anthropogenic Fire Regimes’ or ‘AFRs’. Here is what this looks like globally from 1990-2014: 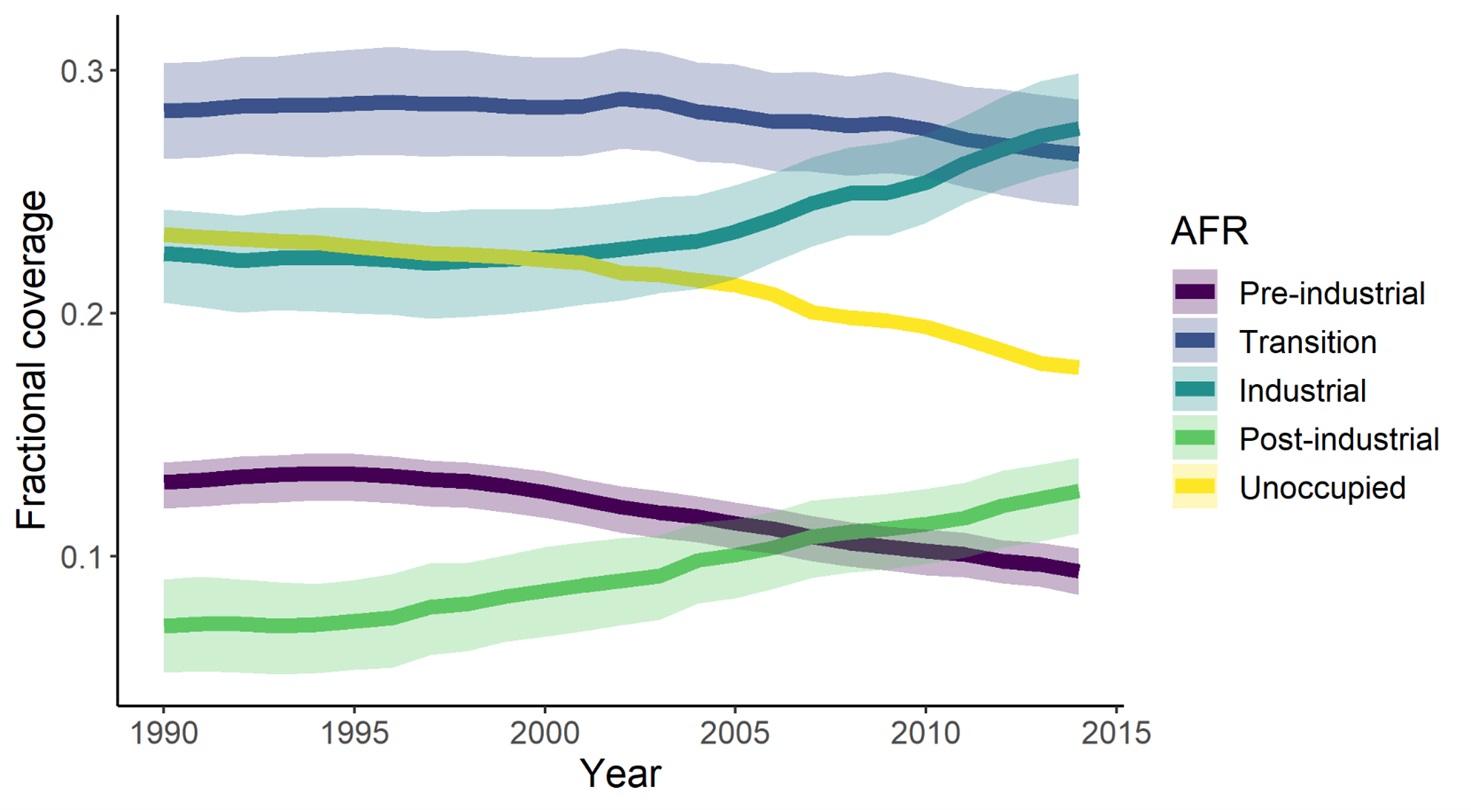 You can see that, as you might expect, industrial anthropogenic fire use and management (AFR) increased, whilst unoccupied areas decreased. Here it is as a map in 2014:

Fire on Earth is a ‘socio-ecological’ system

We find that the drivers of the distribution of human fire use and management strategies are a complex mix of socio-economic and environmental (climatological) factors. This is sometimes termed by scientists as a ‘socio-ecological’ system, or one that involves complex interactions between changing human systems and changing natural systems. The factors influencing human fire use in our model spanned GDP and the UN’s Human Development Index to topography and the annual rate of vegetation growth.

On one level, this is all slightly technical progress in the development of a model. On the other, this is the first time this approach has been taken at global scale, and we are confident it represents a major step forward in modelling of fire.

Our next steps are to turn this into a fire model, by translating these human systems into specific fire and management outputs.