Climate drivers of wildfire burned area across the globe

Meteorological conditions are a key driver of wildfire activity and extent, which led to the emergence of the use of fire danger indices that depend on weather conditions. The Canadian Fire Weather Index (FWI) is one of them. In this project, we evaluated how well the FWI, its components, and the climate variables from which it is derived, correlate with observation-based burned area (BA), globally. We use a novel technique, according to which monthly BA are grouped by size for each Global Fire Emissions Database (GFED) pyrographic region. We found strong correlations of BA anomalies with the FWI anomalies (Figure 1). 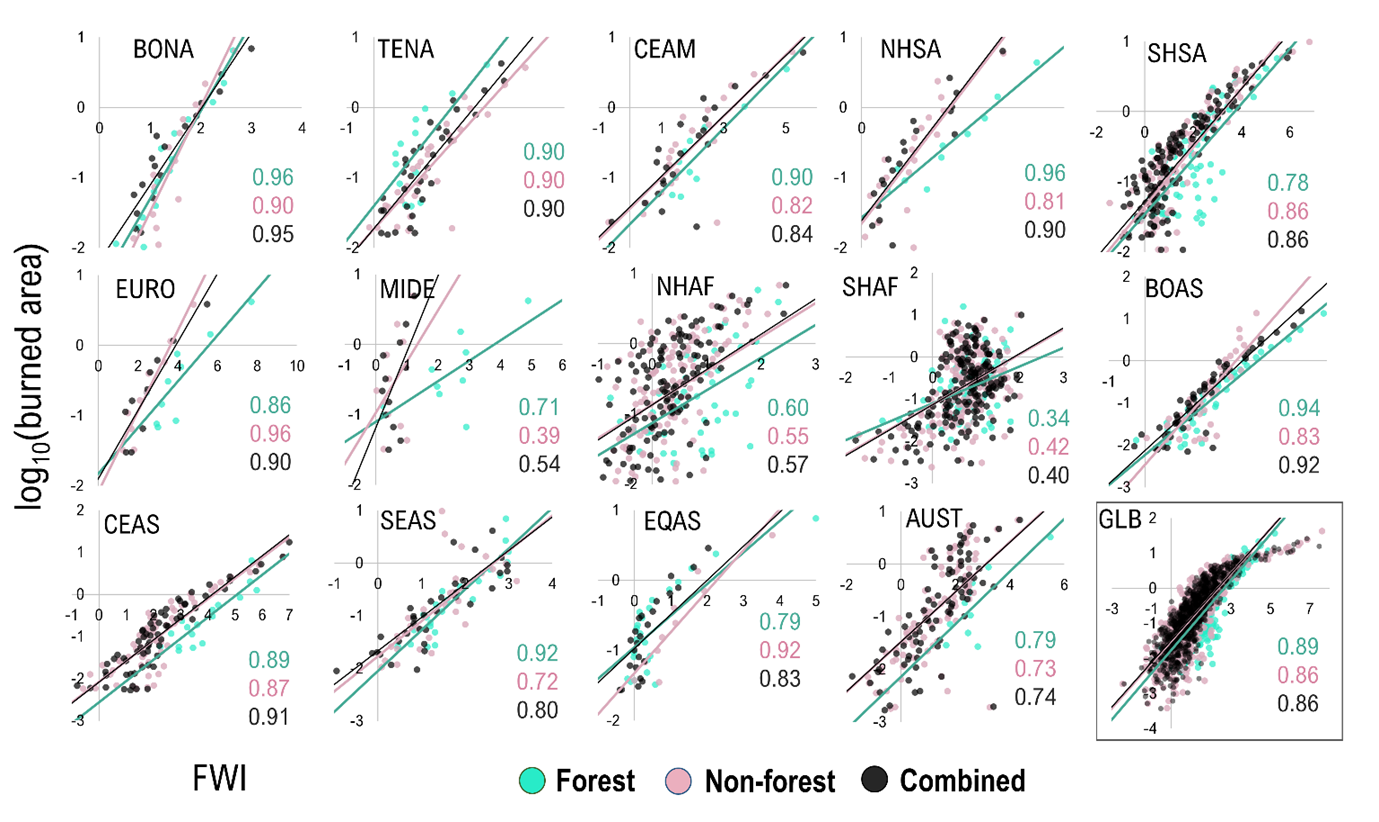 Then, we quantified the relative sensitivity of the observed BA to each of the four climate variables on which the FWI is estimated (temperature, relative humidity, precipitation, and wind), but also the two FWI components, (BUI and the ISI) finding that this relationship strongly depends on the pyrographic region and land type (Figure 2).

Results indicate that the BA anomalies strongly correlate with FWI anomalies at a GFED region scale, compared to the strength of the correlation with individual climate variables. Additionally, among the individual climate variables that comprise the FWI, relative humidity and temperature are the most influential factors that affect the observed BA. Our results support the use of the composite fire danger index FWI, as well as its sub-indices, the Build-Up Index (BUI) and the Initial Spread Index (ISI), comparing to single climate variables, since they are found to correlate better with the observed forest or non-forest BA, for the most regions across the globe.