Adapting to a changing climate in the management of wildfires – what we know, and what we need to do 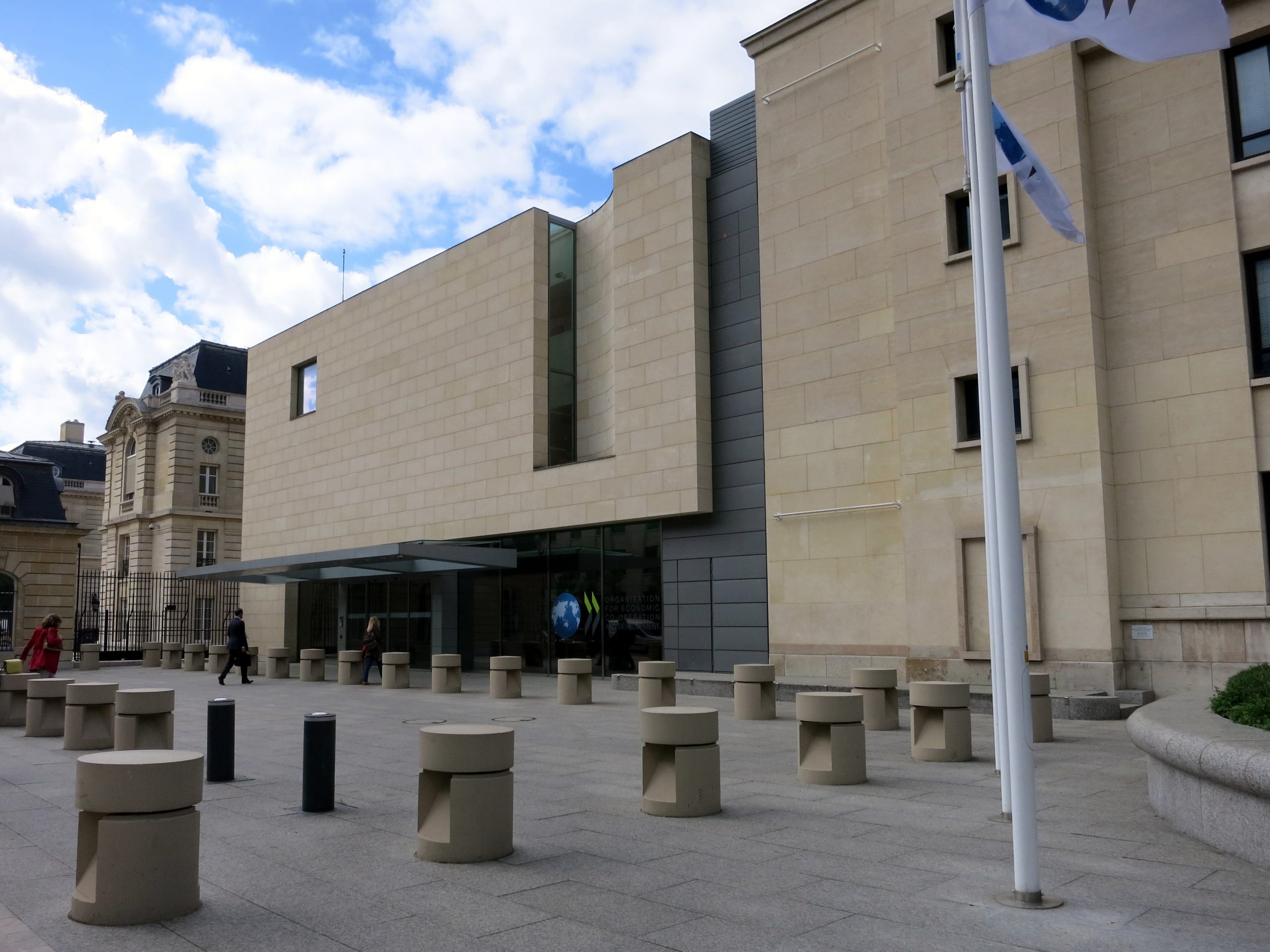 Recognising the significant impact that wildfires can have on socio-economic development,  the Organisation for Economic Co-operation and Development (OECD) held an international conference “Adapting to a changing climate in the management of wildfires”,  jointly organised with PLACARD, on the 16-17 January 2020 in Paris. The conference, which was attended by those working in governments, academia, public agencies and the private sector, discussed how policies might address the challenge of climate change and wildfire risks.  One of the speakers was our Director, Prof. Colin Prentice. We find out what Colin learned and shared at the conference, and how the Leverhulme Centre for Wildfires, Environment and Society might address the key recommendations outlined in the Chair’s Summary.

Adriana: What was the purpose and significance of the conference?

Colin: The conference was about what’s happening with wildfire and why, and how we should react to it, which is obviously very much in line with what our Centre’s aims. Like our Centre, this meeting was extremely interdisciplinary, with people representing not only the scientific aspects of wildfire and fire weather, but also the insurance industry, and people concerned with the wildland-urban interface.

Adriana: What did you find most valuable, enlightening, or perhaps even surprising, from the conference?

Colin: I think a pleasant surprise, at least in a broad qualitative sense, was the degree of consensus about the nature of the problem. It was accepted by participants that in the latest wildfire season Australia has been hotter and drier than it ever has been before, and even though the difference is small, that difference has been enough to tip the balance towards more, and more intense, fires. This is plausibly interpreted as the effects of climate change, and it was accepted that we are going to see more of this, and that we have to adapt to it. In a way, it is very simple message. It was also widely understood that the wildfire problem is a lot to do with the spatial relationships between where people live and work and the forest, which is a particularly huge issue in Australia. I think this is now all well understood by all the relevant communities. So, we have a basic understanding to build on, but it’s the quantitative aspects that we are lacking.

Adriana: Your talk was titled “Wildfire and Climate Change- A Hazy Outlook?’ What were your key messages?

Colin: My key messages were the ones I just mentioned, as were the messages from many other people’s talks. However, I was bringing it home that there are several different lines of evidence leading to the conclusion that fire regimes are extremely sensitive to temperature, not only on the basis of analysis of recent fires, but also on the analysis of fire changes in the past, where we can see relatively subtle variations in the climate actually reflected in palaeo-records (charcoal in lake sediments). So one aspect is this climate dependence, and the other is the negative population dependence. In other words, where you have concentrations of people, you have much less fire. Fire tends to spread through forest that is not broken up by human activities, whether it’s agriculture, roads or whatever it is. This is something that again is very clear in spatial data and spatial analysis over the period for which we have satellite data, but it’s also extremely clear in the palaeo-record. Indeed, if we go back to the mid 19th century, the fire situation was remarkable, there were far more fires than there are now, and our understanding is that the spread of European-style agriculture is the key factor that has reduced fire frequency since then.

Adriana: What do you think are the biggest challenges and opportunities for managing wildfires in the context of climate change?

Colin: There are several. I think there are opportunities to make much better forecasts on different timescales. I use the word forecast advisedly, in other words this is not just about predicting what might happen in a hundred years. From the point of view of planning and policy, it is extremely important to look forward maybe 20 years, and we have some of the tools on how to make those forward projections, although they could be better developed. It would also be extremely useful to forecast fire risks on a timescale of months. There is a certain amount of activity in that area already, but I think we have the potential to do much better, and in the process, also to communicate more effectively with the public about what the forecast looks like.

2. The science-policy interface needs to be enhanced so that existing scientific knowledge on wildfire regimes as well as on tools and technology to identify and monitor wildfire risks are more effectively communicated to policy makers and other stakeholders in charge of adapting wildfire management to rapidly changing conditions.

3. Emphasis in wildfire management needs to move away from fire suppression and emergency management response to also embrace the importance of identifying and investing in effective risk assessment and prevention measures, including critically important fuel management measures.

4. Governments need to work with communities and businesses to increase awareness and knowledge on wildfire risk as well as encourage investments in individual fire protection measures.

5. Insurance and other risk transfer mechanisms can both limit the financial exposure to wildfire risks and encourage preventative action. Governments and insurance regulators and supervisors will need to ensure that insurers continue to be able to play this role in the context of increasing wildfire risk.

6. International cooperation has a clear role to play, as countries are looking for effective guidance to improve their policy frameworks. Countries acknowledged that the unprecedented extreme events experienced in some countries may become more common. The conference highlighted the usefulness of organising and supporting an exchange of knowledge, lessons learned as well as of the type policies that can effectively address these urgent challenges.

Adriana: The Chair’s Summary of the OECD conference makes a number of key recommendations for future work. How do you think the Leverhulme Centre for Wildfires might address some of those?

Colin: To start with, the first recommendation on identifying and mapping hazard zones, this is where it gets quantitative, and it needs to be quite fine-grained. That’s an area where better modelling is absolutely required, and that’s one of the central things that we plan to do at the Centre.

The second recommendation, on improving the science-policy interface, I think calls for a closer back and forth communication between scientists and stakeholders, and this is something we are promoting very actively in the Centre with our growing connections with people and bodies on the operational fire management side. We’ve already had some key meetings where they have indicated what is the key knowledge that they would like us to develop.

The third recommendation is on moving fire management away from a predominantly emergency response to embrace effective risk assessment and prevention measures. Something that came through very strongly in the meeting discussions was that the present view of fire as an unpredictable natural catastrophe, that is simply fought within an emergency response, is not sustainable for very long. We definitely do need to think in terms of prevention strategies, and the insurance industry, which was strongly represented at the meeting, has a lot to do with it. However, it isn’t just the policies of the companies themselves – as the insurance industry everywhere is tightly regulated, and its regulations are quite different in different countries – there is also a need for dialogue between government and insurers to try to develop strong incentives for people, for example, not to build homes in extremely fire-prone places.

Adriana: Do you think the Centre has any role in that, as obviously it’s more about what the governments and insurance sectors need to do?

Colin: Yes I think we do have a role, because one of our priorities is the wildland-urban interface. Although there is already a lot of research on what this is and where it is, I think we have the opportunity to go beyond that, to consider what are the dangerous situations and what are the potential mitigation options.

Adriana: The next recommendation is that governments and insurance regulators need to ensure that insurers continue to be able to play this role in the context of increasing wildfire risk.

Colin: Yes, there is one additional point, that was seriously discussed, which was the extent to which damage to property by fires eventually makes the properties un-insurable. If the risks become too high, there simply isn’t enough money in the system, so this is something that the big insurers, and especially the re-insurers, are seriously concerned about.

Adriana: The final recommendation was on the importance of international cooperation as countries are looking for effective guidance to improve their policy frameworks.

Colin: As a Centre we of course can’t do everything, but we definitely have a global perspective, and from day one we have been growing our international collaborations. I think this is absolutely essential and something we can do, and we have very well established international links already which we’re strengthening and building on.