While deforestation rates have decreased dramatically over the 2005-2015 period, forest degradation resulting from logging and wildfires became the major source of aboveground biomass losses and the Brazilian Amazon turned into a carbon source (Gatti et al., 2021; Qin et al., 2021). Since 2015, deforestation rates and associated fires are rising again, and new deforestation frontiers are opening up in previously untouched areas in the central and western Amazon (Silva Junior et al., 2020). The persistence of fires in the regions could undermine the capacity of Brazil to reach its carbon emission reduction commitments (da Silva Junior et al., 2020).

Fire regimes in tropical rainforest are complex dynamics driven by closely intervened climatic, ecological and socio-economic factors acting at multiple scale. Despite their critical role in forest degradation and carbon emissions, fire regimes in tropical rainforest and effective ways to reduce them are still poorly understood.  The aim of this research project would be to understand the different drivers of fire regimes and how they interact using an interdisciplinary approach.

Fires in the Brazilian Amazon are related to land use dynamics: they are initially used to transform forests into pastures or cropland, frequent subsequent burnings favour the regrowth of grass over trees and can give the appearance of fertilizing the soil at a low or no cost. When nearby rainforests are dry enough, because of generalized drought over the Amazon basin or fragmentation of the forest cover, deforestation and agricultural fires escape into nearby forests and can cause large wildfires (Cano-Crespo et al., 2015). Local communities fire management practices, such as the timing of ignitions and prevention measures taken to prevent fire escape, can have an important impact on regional fires regimes. Burn experiments have demonstrated that even low-intensity fires can lead to tree mortality and canopy damage, increasing the fuel load and creating drier microclimatic conditions, ultimately resulting in larger and more intense fires (Balch et al., 2015; Brando et al., 2014).

At a regional scale, feedback between fires and deforestation exist: deforestation and smoke from associated fires reduce local precipitation, promoting tree mortality and widespread fires. Associated reduction of the forest cover decreases evapotranspiration and disrupts the hydrological cycle in the region, reducing the area with levels of precipitation that are compatible with the persistence of rainforest and potentially leading to massive forest die-back (Nepstad et al., 2008). Fire is therefore likely to act as a catalyst, accelerating the transition from rainforest to seasonal forest and savanna and preventing regeneration of forest on abandoned pastures (Malhi et al., 2009).

Regarding the limited impact of past environmental policies to reduce forest degradation, rising deforestation and the existence of strong feedback between fires, deforestation and climate that could lead to massive forest dieback, there is an urgent need to better understand the drivers of fire regimes in the region and to inform solutions to reduce wildfire frequency. Thus, this research project aims to:

To evaluate these aims, a spatio-temporal model of fire regimes in the Brazilian Amazon using MODIS Active-Fires data for the 2003-2020 period will be developed. The spatio-temporal model will be used to understand the relative importance of different drivers. The explanatory variables tested will relate to climatic, ecological and socio-economic drivers identified through the literature review. During the second phase of the project, fieldwork will be conducted in protected areas to investigate results from the modelling exercise, as well as fire management practices by local communities, how these practices evolved and what forms of communal governance of fires exists. Finally, the accuracy of different sources for identifying fires and a comparison of the results from modelling and fieldwork exercise will be carried out. 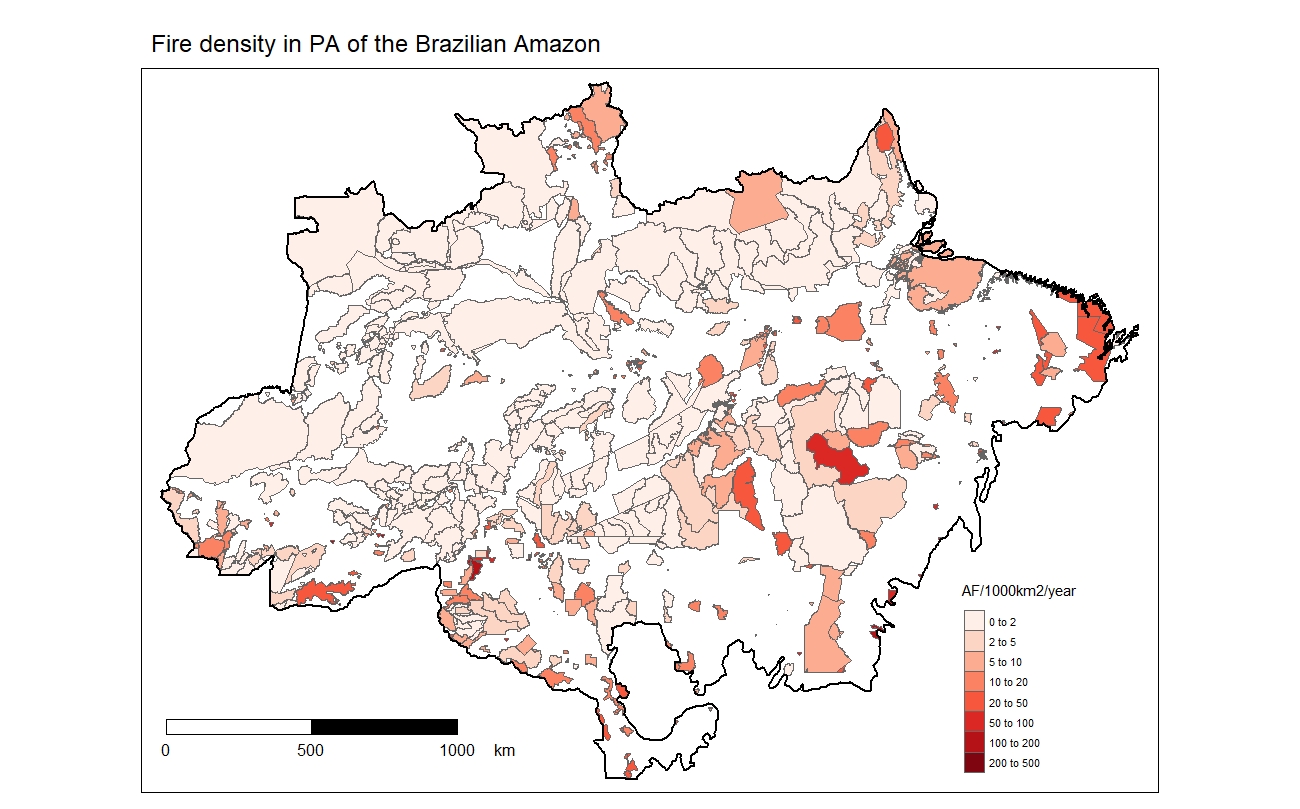 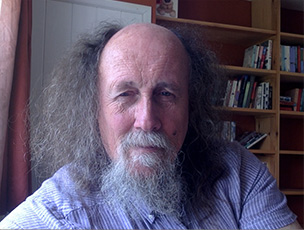 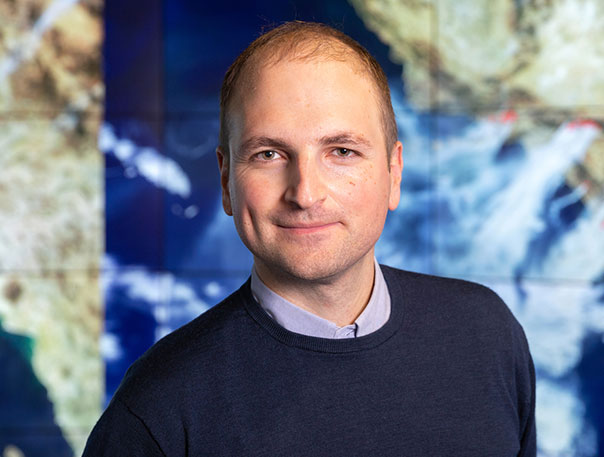 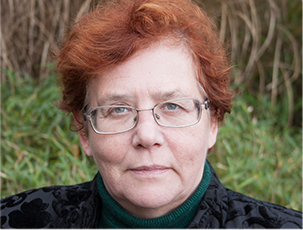 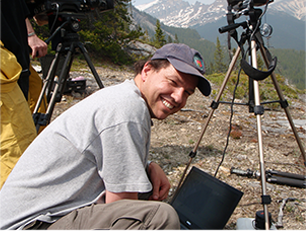 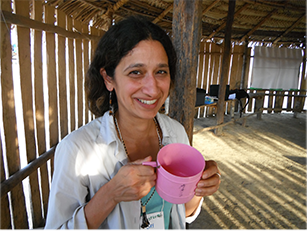 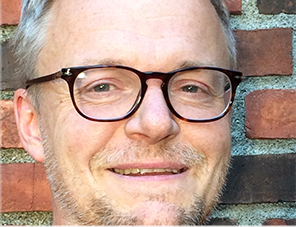 Current land use practices and consumption patterns are increasingly impacting land systems, putting natural resources under greater pressure and exacerbating sustainability challenges. As consumption patterns shift towards more animal-based and processed diets, increasing land area is dedicated to the large-scale production of commodities such as soybeans and palm oil at the expense of natural areas such as forests. Occurrence and severity of fires especially within or near closed canopy tropical forests is also consequently increasing.

Corporations are prominent agents in this food system. Agribusiness actors are key decision makers, influencing production and linking production frontiers to consumers. Large financial actors possess significant corporate control globally, playing a particularly important role through behaviour and influence in companies shaping ecosystems all over the world. In parallel, spiralling deforestation and forest fires are a systemic risk to both corporate and financial actors.

Due to the importance of land use change in achieving sustainability transitions and global sustainability goals (i.e. limiting global heating to 1.5-degrees Celsius and halting terrestrial biodiversity loss) and crucial role that these agents play in markets and in land use outcomes, the consequences of corporate and financial institution anti-deforestation and fires use strategies including trade-offs, possible pareto-improvements and conditions for success warrant exploration.

This research aims to improve our understanding of how corporate and financial institutional actors involved in the food system impact forests and fire regimes through the anti-deforestation and fires use strategies they take.

This work is focused on the EU27+UK and China as the receiving systems while Brazil, Indonesia and Malaysia act as sending states with countries in the rest of the world representing spillover systems. 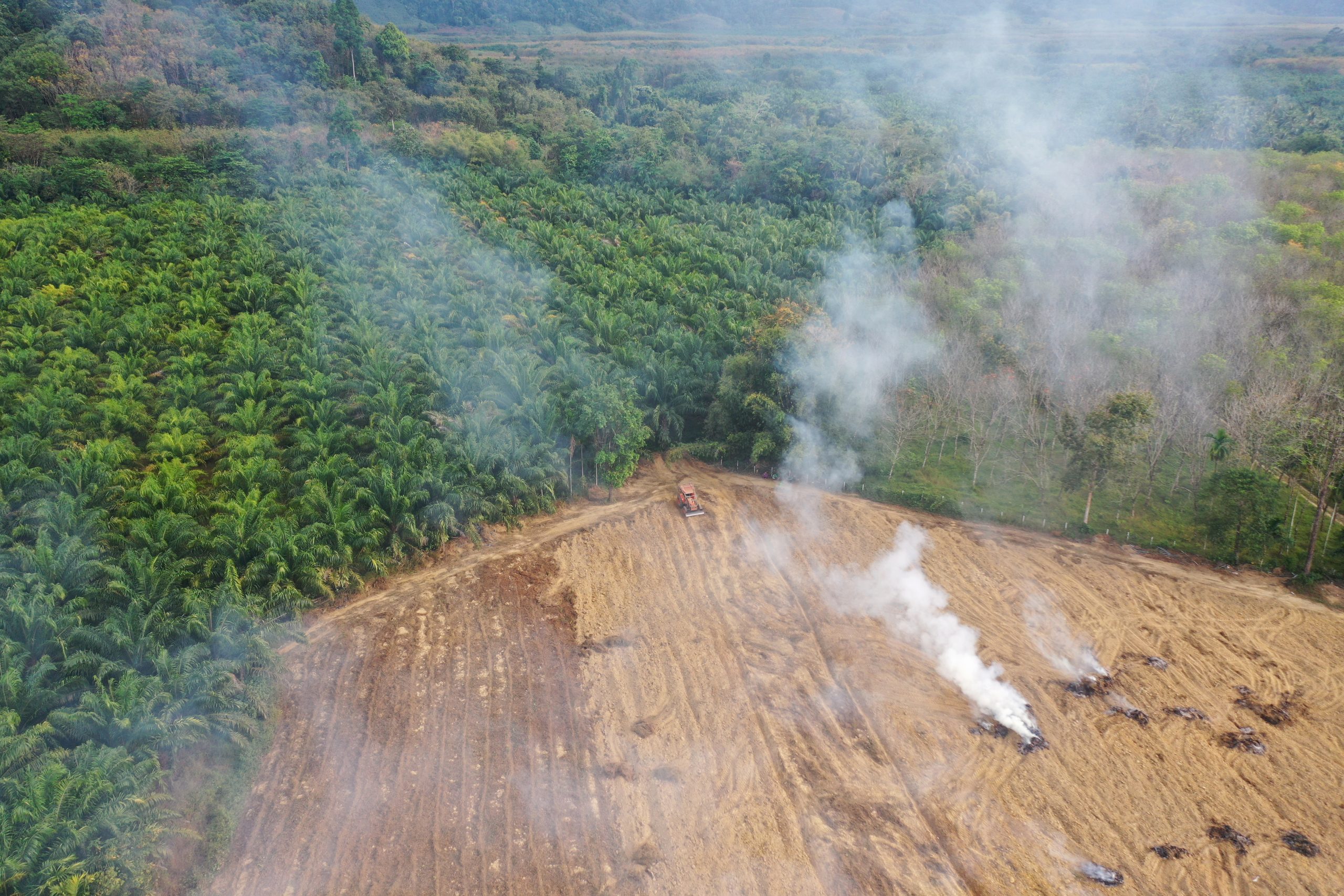 Banner image: Aerial view and directly from above of some palm oil plantations in the province of Kalimantan (Borneo) that joins with other land that has been slashed and burnt. It is unfortunate to say that because of the palm oil industry, hectares of rainforests are being destroyed to replace those natural habitats with this cheap commodity.